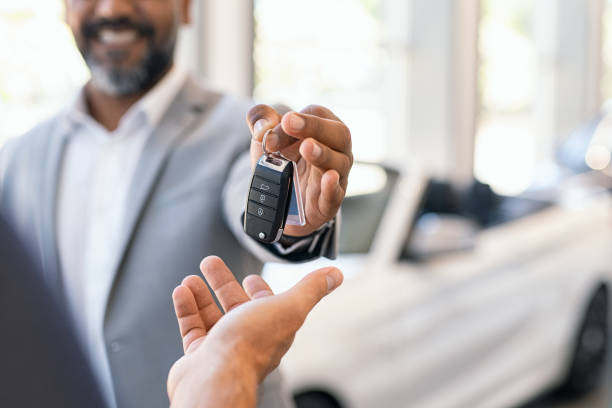 It’s easy to imagine.  Someone needs to borrow your car to run an errand into Boston, or needs some wheels while their car is in the repair shop to get to work in Cambridge, or to cart their kids around Arlington. It’s natural to be generous and respond, “Yes, of course, you can borrow my car.”  The pandemic has fostered something very positive in our willingness to help out others in times of need. However, have you considered the legal consequences of allowing your neighbor, friend, or cousin to operate a vehicle in your name and getting the call that they have been in a car accident?

Statutory Presumption of Registered Owner’s Responsibility for a Crash

To put this in context, before there was Uber and Lyft, I represented a lot of taxi companies and their drivers when they were sued by injured plaintiffs who were in taxi accidents as passengers, or as injured drivers of a vehicle involved in an accident with a taxi, or hurt pedestrians or bicyclists struck by a taxi. Back then, the cab driver was considered an independent contractor who rented the cab and taxi medallion from the taxi company. Each individual taxi driver controlled their own schedule as to when they would drive the taxi and take fares. In many of these cases, the injured party would sue both the taxi company that owned the vehicle and owned the taxi medallion as well as  the cab driver who rented the cab. However, often the taxi company would be dismissed from the case by arguing they had no control over the taxi driver.  The taxi company would argue that they simply rented the cab to the driver who was free to operate as he wished.

In practice, letting the taxi companies out of the case was in effect protecting them and their assets from exposure in the case.  Usually, the biggest asset for the taxi company was the taxi medallion with some of them going for 100K back then.  From a practical point of view, dismissing the vehicle owner by rebutting the presumption of control of the driver meant the vehicle owner was not exposed and assets of the owner were protected.  Most taxis only had minimal 20,000/40,000 insurance policies meaning an injured party was often limited to only a $20,000.00 recovery no matter how badly they were injured since most of the taxi drivers had little to no assets. This was financially devastating at times to the seriously injured victims and their families.

The above taxi example shows the importance of a victim injured in an accident having the ability to bring claims against as many responsible parties as they can identify including not just the drivers but the vehicle owners as well.  Recently, there have been a couple of new cases decided allowing claims to proceed against the owner based on a legal theory known as negligent entrustment.

What is negligent entrustment?

There are three elements to establishing a car owner negligently entrusted their vehicle to another driver:

Two recent cases involve an owner of a car sued for negligent entrustment when another driver was involved in a crash with their vehicle.  The first case involves a car owned jointly by a mom and her disabled adult son.  Defendant Michele White and her son Kyle who suffers from Attention Deficit Hyperactivity Disorder co-owned a vehicle.  The son allegedly caused a crash injuring the plaintiff.  The plaintiff filed a lawsuit in Norfolk Superior Court claiming the mother negligently entrusted the vehicle to her son. There was evidence the son failed to take his medication and his mom helped with her son’s living expenses and helped pay for the car.

The mother argued she could not be held responsible because she did not control the vehicle in question and the plaintiff injured victim could not show that the mom knew of her son’s unfitness to drive or that her son’s unfitness caused the accident.  The court disagreed.  The judge found there were genuine issues of material fact as to the mother’s control over her son’s use of the car.  Also, there was evidence that the mom knew her son was in prior accidents and knew her son was not taking the medication which helped him with depth perception.  The mother knew about her son’s medication, prior accidents and disabilities.  Therefore, the judge decided the case was to be decided by a jury and not dismissed at the summary judgment phase of the case.

The son Kyle was 26 years old at the time of the collision, had ADHD and learning disabilities. The factors that seem important in holding that the mother may have negligently entrusted the vehicle to her son are the fact that the mom was aware of the prescribed medication, her son’s disabilities as well as the prior accidents her son was involved in.

The second case involves a defendant vehicle owner sued after his daughter-in-law was involved in an accident driving his Chevrolet Suburban.  The plaintiff claimed the vehicle owner negligently entrusted his vehicle to his daughter-in-law.  The daughter-in-law Susan Ingham collided with plaintiff Dunbar’s vehicle on Dascomb Road in Andover, MA. Plaintiff claimed Ms. Ingham failed to yield the right of way to Dunbar.  Ms. Ingham was cited by police for failure to yield the right of way.

The plaintiff alleged that the daughter-in-law had been in a number of prior accidents and had prior citations. The defendant father-in-law admitted under oath at a deposition that he knew of at least 2 or 3 accidents in which his daughter-in-law was involved with the Chevrolet Suburban and he told his daughter-in-law that the Suburban was too big for her.  The court found “a poor driving record along with sufficient pattern of negligence, reckless or lawlessness can be used to infer the incompetency of a driver.”

The father-in-law claimed that his daughter-in-law’s prior accidents were minor with little damage with the exception of one.  A U.S. District Court judge agreed that her driving record sufficiently displayed a pattern of negligence that created a genuine issue of material fact regarding whether she was an unfit driver.  Therefore, the court allowed the case to proceed against the father-in-law on the negligent entrustment theory.  See Patriot Insurance Company v. Ingham, et al.  (O’Toole, Sr. D.J.) (Civil Action No. 18-12557-GAO) (3-15-2021)

In Conclusion, Some Factors To Consider Before Allowing Someone To Drive Your Car

One significant factor the law looks at when deciding whether a registered owner of a vehicle is responsible for another driver’s crash with their vehicle is: control. To avoid responsibility for the collision, you would need to show you, as the owner of the car, have no authority or control over the driver’s conduct operating your vehicle. Other important factors that the courts consider are what you, as the registered owner of the vehicle, know about the driver you granted permission to use your car.  Did you have knowledge of the driver’s prior accidents?  Did you have any knowledge of the driver’s driving record and history of getting tickets for moving violations such as running a red light or stop sign or speeding?  Did you have any information about the driver’s fitness to operate a vehicle?  The consequences of another driver crashing your car may cause you to think twice before saying yes to lending your car to someone.  Massachusetts law may hold you as the registered owner of a vehicle responsible for the negligent driving of another person causing injuries or property damage in a car crash.  This is another good reason to check your insurance coverage and make sure you are adequately protected in the event of an accident with your automobile.

When someone is injured in a motor vehicle accident, slip and fall, or through any other accident, a thorough investigation of the accident events is necessary to determine the cause of the accident and secure important information. As a victim of an accident, make sure everything is done to protect your interests. The lawyers at Nadeau Harkavy LLC help victims and their families recover compensation in serious injury and wrongful death cases arising from car crashes and other accidents. If you have any questions about your legal rights relating to a car accident, wrongful death or other accident, feel free to contact us for a free consult today at 617-674-7640.