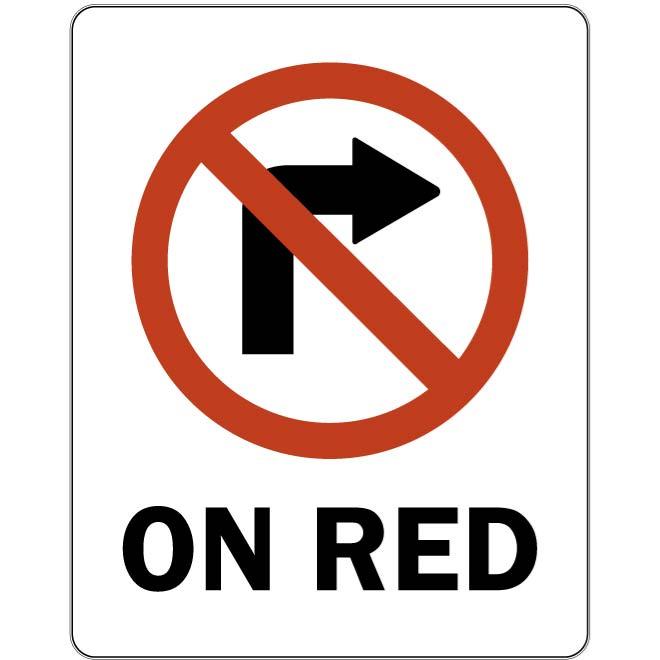 A great deal of our personal injury cases happens while our clients are just going about their regular daily routines, be it on their way to work, school, shopping or going to other normal places.   Our clients may be out walking, riding their bicycles, driving or taking public transportation to the grocery store, when suddenly from seemingly out of nowhere tragedy strikes, and their worlds are turned upside down.   They unfortunately have to deal with how to get better from their injuries, go to doctors’ visits, get compensated while they cannot work, pay medical bills and just take the time they need to fully recover.  Many of our personal injury cases deal with a pedestrian or a bicyclist being struck by a car making a right turn on red.

Generally speaking, making right turns on red are absolutely legal in Massachusetts.  According to the Rules of the Road, the Massachusetts Driver’s Manual, in order to make a turn on red, you must first come to a complete stop at a red traffic light.   You may then turn right unless there is a NO TURN ON RED sign is posted. You must first give the right-of-way to pedestrians and other vehicles. Many of the car accident cases we handle involve a driver failing to yield to the pedestrian or bicyclist in their path of travel when making a right turn on red.

In November 2022, Cambridge City Council members voted 7-2 to investigate the feasibility of banning right turns on red.  Already over 70 percent of Cambridge’s intersections prohibit turning right on red.  Only New York City has a no turn on red ban.  Washington DC has a similar law that would institute a ban, but that still needs congressional approval and would not take effect until January 1, 2025.

The City of Cambridge policy order was sponsored by Vice Mayor Alanna Mallon and Councilor Burhan Azeem.   The arguments in favor of passing this order were that this change supports Vision Zero, an international campaign Cambridge adopted in March 2016 and updated in February 2018.  The arguments against the order are that it is not necessary, due to the high prevalence of site-specific prohibitions on right turns in the city.

The order to ban right on red in Cambridge is in accordance with Cambridge’s Vision Zero goals for traffic safety.  Vision Zero is a vision for safer streets with a strategy to eliminate all traffic fatalities and severe injuries, while increasing safe, healthy equitable mobility for all.  According to the City of Cambridge website, their version of the Vision Zero plan was released on February 8, 2018.  It is a blueprint for how to reach zero transportation fatalities and serious injuries in their city.  Each action detailed in the plan included specific short and longer term goals, while at the same time creating safe, healthy, and equitable mobility for all those who travel in Cambridge, MA.  42 Actions were identified and divided into seven high-level commitments for how to have equity, collaborate in planning and make decisions and how to implement this program  These included such things as:  (1) design and operate safe streets; (2) improve large vehicle, taxi/for hire-vehicle and TNC safety; (3) ensure equity in all efforts; (4) lead by example; (5) engage the public; (6) create partnerships; and (7) use data to direct our efforts and measure our progress.

The commitment most relevant here is the first listed, designing and operating safe streets.  It focuses on safety and actions to be taken collectively to create the safest possible city.  As City Manager Louis A DePasquale said in his action plan letter for the Vision Zero:  “By coming together as a community, we will continue making it safe and easy for people of all ages and abilities to travel between work, school, shops and other destinations, whether they chose to walk, bicycle, drive or take transit.”

The concept of Vision Zero originated in Sweden in 1997, when the Swedish parliament adopted it as the official road policy.  Vision Zero flows from a “Safe Systems” approach to road safety management in which human life and health is the first and foremost consideration when designing a road network.  A safe system recognizes that people are fragile and by nature will make mistakes, so puts layers of protection around them.  All parts of this system must be strengthened in combination to multiply their protective effects so if one part fails, the others will continue to protect people.

While a safe system approach has been adopted in other industries in recent decades, it was adopted only relatively recently in road transport, initially by Sweden in 1997.  In the period since 1997, when Sweden adopted Vision Zero, many places have also taken up this approach.

Now, nearly 7 years after the implementation of Vision Zero in Cambridge, MA, the signs of this plan making its imprint on the city are everywhere.  Intersections are being evaluated to prioritize high crash locations; intersection safety is being enhanced.  New designs are being implemented on the streets to ensure that people of all ages and abilities can walk, bike, use transit and drive safely.  Action steps include:  reducing the speed limit, growing the network of separate bike lanes, safer pedestrian crossings, changing infrastructure, roadway layout and curb usage to prevent stopping and parking in bike lanes, crosswalks and pedestrian ramps, enhanced intersection safety to name a few.

Driving in our local towns or the city like Cambridge or Boston, we have all experienced the hustle and bustle of a vibrant community filled with cars, trucks, taxis, ride share vehicles, buses, people walking, motorcyclists and bicyclists.  Everyone is trying to get somewhere to do something, and we often don’t think too much about the dangers involved with mixing vehicles with people and bikes until we see an accident or a close call. For us at Nadeau Harkavy, we know all too well that crashes occur every day turning lives and families upside down.  We have represented the pedestrian many times in numerous cases whereby our client was simply crossing the street and a vehicle made the turn on red and struck them.  A pedestrian struck by a vehicle often results in devastating injuries as we have seen head. Injuries with loss of consciousness and fractured skulls as well as broken bones and facial injuries.  Similarly, we have represented the bicyclist traveling in a bike lane when a vehicle passed them and then proceeded to turn right in front of the bike causing a collision with the bicyclist. Bicyclists likewise often suffer serious injuries in car accidents.  We have seen broken shoulders requiring surgery, chest and lung contusions, broken legs and other life altering injuries to bicyclists. To think that so many of these tragic cases could have been avoided if there was no legal right turn on red.

Many of these accidents are preventable.  A program like Vision Zero is impressive and will go a long way to making our streets safer. We will closely monitor the progress of these safety plans in Cambridge and beyond in 2023 and the further implementation of safety measures throughout the city.  We look forward to seeing the progress of enacting the law that would prohibit a right  turn on red  throughout the city of Cambridge and whether it will serve as a model for other cities and towns to consider such measures for the safety of its citizens.

At Nadeau Harkavy LLC, we have over 60 years combined experience representing injured people and their families when they have been involved in an accident. We have recovered millions of dollars in compensation for our clients over the years to help them get on with their lives after suffering the consequences of a serious accident.  We make sure everything is done to protect your interests while you and your family concentrate on getting better. We handle all types of accident cases including car accidents, wrongful death, brain injury, bicycle accidents, pedestrian accidents, motorcycle, trip and fall, slip and fall, dog bite, construction site, and catastrophic injury accidents. We are committed to achieving the best possible result for your case. We work to uncover the truth about what happened and to hold those responsible accountable for their actions. If you or a loved one has been harmed as a result of another’s wrongdoing, call us today for a free consultation about your legal rights at 617-674-7640.