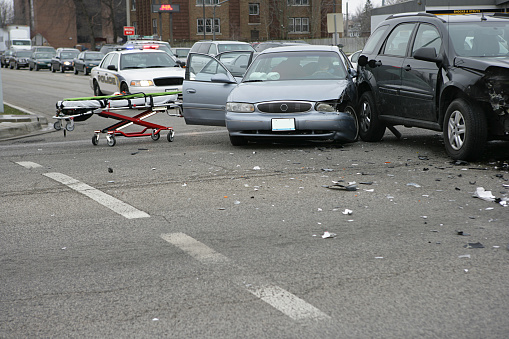 Massachusetts car crashes involving more than two vehicles create additional challenges for those injured in the accident. There are more people involved, more witnesses, more drivers, and more insurance companies ready to play the blame game. Some unfamiliar with these multi-vehicle accidents think the more, the merrier. They reason that there are more vehicles involved so that means more insurance to cover the loss. However, this is not usually the case. More insurance companies means more insurance representatives raising obstacles to any recovery. Representing a victim injured in a multi-vehicle crash requires a careful analysis of all the players involved and holding the reckless drivers responsible for causing the accident.

What is a Typical Multi-Vehicle Accident?

A typical multi-vehicle crash that we see involves several vehicles on a highway that are involved in a multi-vehicle pile-up ignited by one car rear ending another vehicle and then a chain reaction of vehicles getting rear-ended, and some cars are pushed into the vehicles in front of them. These are common accidents on a highway, and we hear about these multi-vehicle pile-ups on the news frequently, sometimes in the context of traffic jams on our roadways such as Route 93, Route 128 and The Mass Pike. High speed, failure to pay attention, and failure to keep a safe distance behind the vehicle in front of you are often the reasons for the accident. Sometimes there are unsafe lane changes involved. Following these multi-vehicle accidents, police are called to the scene to investigate as well as emergency vehicles such as fire and ambulance.

What Are Some of the Factors Considered in Determining Who Is at Fault?

Where the vehicles ultimately come to rest following impact is an important factor in determining fault. Police are there to determine how the multi-vehicle accident started, who is at fault and to sort out witness accounts. Reconstructing or recreating the accident events relies on many factors including:

The Difficulty of Determining Fault & The Police’s Role

When there are a lot of vehicles and a lot of people involved, it is difficult to get to the bottom of what really happened.  Each participant has their own experience and glimpse of a part of the chain reaction accident.  Then, you need to put it all together. Often there is chaos at the scene. There are so many people pulled over on the highway who are typically in shock and just want to get out of there and to the safety of their homes.

The police do the best they can to investigate the scene.  They then put together a police report that includes a diagram of the vehicles involved, a narrative describing their conclusions of the accident events, and how the accident occurred. The police report also lists all the drivers, the owners of the vehicles, their insurance companies, the types of vehicles as well as any citations or tickets given to any of the operators for failing to obey the traffic laws.  Additionally, the police report lists any witnesses to the accident and their version of what they saw happen.

The injured parties are often unable to give their statements as to the accident events to the police. Sometimes they are too injured to talk to police.  Other times, they are receiving emergency medical care from EMT’s at the scene. Some injured clients go by ambulance to the hospital and never talk to the police.  Sometimes police follow up with the injured parties who did not give a statement to give them an opportunity to give their side of their story. Once the cars are towed away from the scene, the occupants are safely home and the injured get the emergency medical care they need, the insurance companies are busy trying to determine who to blame in this multi-vehicle crash.  The most important thing sought initially is the police report.  The police report weighs heavily in determining who is to blame and what insurance company or companies are ultimately paying the bodily injury claims of the injured parties in the crash.

When The Police Report Is Inaccurate

Most of the time, the police get it right.  However, every now and then, I am confronted with a police report that is inaccurate.  This can be human error like mixing up the drivers or the streets.  It can also be failing to hear from an important witness their version of accident events that may change who is really to blame. I have handled a bunch of cases where my injured client was never contacted by police and never gave their version of how the accident occurred.  One case involves a seriously injured person struck by a construction vehicle who lost consciousness and was taken by ambulance from the scene.

One case that comes to mind is another seriously injured pedestrian hurt while walking near a gas station. He was never contacted by police, and the police inaccurately described where he was walking from and where he traveled on foot.  This changed the entire accident events and the fact the truck driver was responsible for hitting this pedestrian. Another example of an inaccurate police report involves a passenger in a vehicle involved in a multi-car crash who was never questioned by police.  She was not even listed on the police report. The insurance company questioned whether my client was even in the car.  Luckily, I had an ambulance report showing she was taken from the scene by ambulance.

Multiple Insurance Companies Complicating Getting Paid on Your Claim

Witnesses are usually contacted by the insurance company for statements. Questions like how the accident happened and what they saw are asked. In a multi car pile-up, the number of impacts felt is an important consideration.  How many times you were hit from behind; how many impacts did you feel; did you vehicle move forward; did it hit the car in front of it-all these questions factor in, when deciding what drivers are responsible. In multi-vehicle accidents, it is common for the insurance company to assess blame on multiple vehicles for failure to stop or failure to keep a safe distance or rear ending another vehicle.

When there Is Not Enough Money to Go Around

Having an experienced personal injury attorney to investigate these multi-vehicle accidents and protect your best interest is important. Making sure the responsible parties and their insurance companies are identified is crucial to recovering money. We have multi-vehicle crash cases where there simply is not enough insurance money to go around. There are multiple injured victims and each one has a different lawyer representing them. Often, where there is insufficient insurance coverage, we see the insurance companies tender their insurance policy limits to the multiple victims. This means the insurance company communicates that they are offering all the money they have on the insurance policy to be divided among the injured parties. The injured parties are then left having to share the money and divide it. The attorneys representing the injured parties usually work out a fair split. In some cases, when we can’t agree, we use mediation to have a neutral person such as a retired judge help us reach a fair resolution.

A problem that arises on some of these multi-vehicle accident cases is not enough money to cover the client’s injuries. Their case is worth more than the negligent driver’s insurance policy. One solution to this is determining if our own client has underinsurance coverage available on their own motor vehicle insurance policy, or perhaps a family member’s auto policy in the injured party’s household.  We review their auto coverage to see if more insurance money is available. This underinsurance can significantly increase the amount of money a client may recover for their injuries.

It is a good idea to check your auto insurance coverage. Specifically review your uninsured/underinsured coverage with a trusted insurance agent. I can’t stress this enough. One real life example of this involves a client who was severely injured, could not return to their long-time job, needed extensive surgery and rehabilitation. The negligent driver had only 100K in insurance. However, our client got some good insurance coverage advice and had 1 million underinsurance coverage. We successfully secured a 1-million-dollar settlement for our client.  If he did not have this coverage on his own auto policy, he would have only received 100K. This difference in the money we could secure for him was huge.

Unfortunately, too many injured people realize that they have minimal uninsured/underinsurance coverage when it is too late, and they are hurt in an accident with little insurance available from the responsible operator. Our clients are shocked to learn how little it costs to have this extra uninsured/underinsured coverage.

Multi-vehicle collisions create unique challenges for those injured in an accident.  The police report is heavily relied upon in determining who is to blame.  Often, multiple insurance companies are involved in these types of collisions. It is not uncommon for the insurance companies to point the finger at another insurance company. Our job as your attorney is to make sure the responsible drivers’ insurance companies pay you what you deserve for your injuries.  When there is not enough insurance, we look to your own auto coverage.  It is in your best interest to check your auto coverage for uninsured/underinsured coverage to make sure you and your family are protected in the event of an accident where the negligent driver may have inadequate insurance.

When someone is injured in a motor vehicle accident, trip and fall, dog bite, construction site or through any other accident, a thorough investigation of the accident events is necessary to determine the cause of the accident and secure important information. As a victim of an accident, make sure everything is done to protect your interests. The lawyers at Nadeau Harkavy LLC have over 50 years combined experience helping victims and their families recover compensation in serious injury and wrongful death cases arising from car crashes and other accidents. If you have any questions about your legal rights relating to a car accident, pedestrian accident, motorcycle accident, bicycle accident, wrongful death, slip and fall, trip and fall or other accident, feel free to contact us for a free consult today at 617-674-7640.