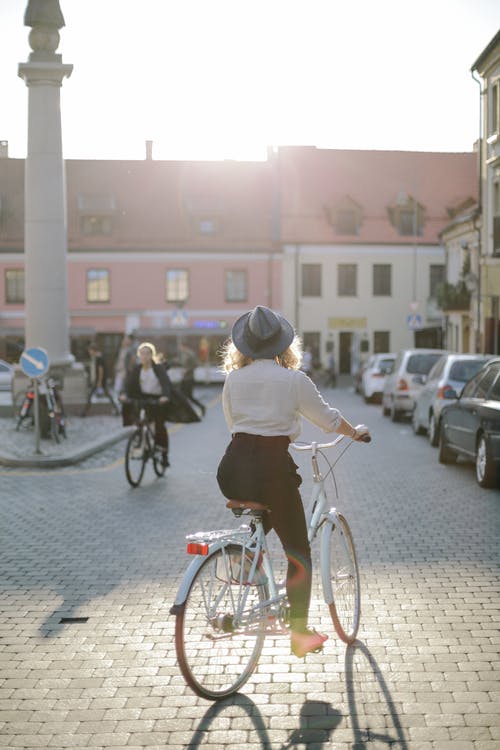 In Massachusetts, the coronavirus emergency has mandated the closures of nonessential businesses, daycares, schools and colleges. This has forced many families to unite under one roof and stay at home. Social distancing, working remotely, attending school on-line with the help of zoom, college lectures and exams on-line, and in my house, even virtual dance classes have become the norm. Most families venture out for just two things: essentials and exercise.

With COVID-19 closing gyms, fitness facilities, parks, beaches, tennis courts, basketball courts, playgrounds and other places where we typically get our exercise, more of us are outdoors walking, running, and biking to stay fit or simply to get some fresh air and sunshine rather than be cooped up at home. This means more pedestrians and bikes are on the road. There is a feeling of fewer cars on the road and a lot less traffic. However, a number of people are nevertheless driving recklessly during this health crisis. My husband and I have observed vehicles speeding at nearly 90 miles an hour on the highway, and also weaving in and out of traffic, likely due to a false sense of security because there are fewer cars on the road. Some drivers are ignoring traffic signals, and are seen going through stop signs and running red lights. It may be that this pandemic has reduced the number of vehicles on the road. However, it may also be that there is more reckless behavior on the road, and careless driving has actually increased.

So, on Thursday, March 26, 2020, it was not surprising that an Ipswich family took advantage of the sunny day to enjoy an afternoon bike ride. On March 26th at approximately 2 pm, the three Ipswich, MA residents were biking on Topsfield Road, in the vicinity of Turner Hill Golf Course. According to CBS News Boston, three bicyclists were struck from behind by a Kia Soul automobile. The Salem News reported that a 911 call was made, and emergency medical responders arrived at the scene to find a mother, father and son lying on the side of the road, all with severe injuries.

The driver of the vehicle, a 43-year-old woman from Ipswich, MA, remained at the scene and was cooperating with police. The District Attorney’s office said the Ipswich man died from his injuries at Massachusetts General Hospital. The two other victims, the 60-year-old woman and 19-year-old man were recovering according to Ipswich Police. The traffic was blocked for nearly 2 hours on Topsfield Road at the sight of the crash. This typically occurs to allow for an on-the-scene investigation by police and an accident reconstruction typically by the State Police who are trained to do this. Doing this investigation close in time to the accident makes the investigation more accurate as things change and memories fade with the passage of time. The cause of the crash remains under investigation. Ipswich Police, Mass State Police Crash Analysis Reconstruction team and the Essex District Attorney’s Office are investigating this tragic accident.

It is worth noting that bicyclists are subject to all traffic laws with few exceptions. Every day more than 100 people are injured or killed while riding bicycles. Head injuries are the most common cause of death and serious injury among bicyclists. The investigation of this accident begins from the moment the 911 call is placed. When a death occurs as in this case, the local district attorney’s office is called to be part of the investigation. Local police will meet with witnesses and all the parties in the accident to get their accounts. In a case such as this one, the investigation would include obtaining statements from the driver of the car as well as the surviving victims. Photographs of the vehicle and bicycles at the scene will be taken. The damage to the car and bicycles will be closely examined and analyzed.

The State Police will perform an accident reconstruction to try and recreate how the accident occurred. This will include looking closely at the scene for tire marks, evidence of braking, where debris is found, the location of the bikes and car when they arrived on scene, among other things. Measurements will be taken at the scene. The points of contact between the car and bicycles will be analyzed. All of this is done with a goal of attempting to recreate how the accident happened that day. There will be an analysis of the speeds of the vehicle and bikes and when and if there was any braking prior to impact.

The investigation will include determining if there is any video surveillance of the accident. Cell phone use by the driver will likely be questioned to determine if lack of attention to the roadway played any role in this tragedy. Weather conditions will be reviewed, and sun glare will likely be considered. These are just a sampling of the many issues and factors analyzed in the determination of the cause of this accident.

The driver’s motor vehicle insurance company will also begin their investigation the moment they are notified of the collision. Our law firm’s experience representing victims tells us that most insurance companies are looking for ways to not pay the victims or pay them less than they deserve from day one. While the family is mourning the loss of a father and husband, the insurance company is usually hard at work trying to influence the outcome in favor of them. While mother and son are recuperating and trying to put the pieces back together, the insurance company for the driver is taking steps to try to save money and pay out as little as possible if anything at all.

Bicyclists in Massachusetts that are struck by a vehicle are typically entitled to Personal Injury Protection (PIP) coverage from the driver’s motor vehicle insurance. This PIP coverage is considered no fault insurance which means regardless of who is at fault, the bicyclists are entitled to this coverage which typically provides $8,000.00 in benefits per injured party for lost wages and or medical bills. This PIP coverage also provides coverage for funeral and or burial expenses for the deceased up to $8,000.00.

The importance of the victims retaining counsel as soon as possible to protect their rights can’t be overstated. This should be done before the victims talk to anyone. Innocently, the wrong things can be said that jeopardize recovery. Also, the insurance company’s claims adjusters are highly skilled at getting the victims to admit something or say something that the victims do not mean and do not realize legally hurt them. Sometimes all that can be done is damage control. Saying, “we wish you came to us sooner before you gave that statement,” is not what any client wants to hear. But, unfortunately, it is the truth. Skilled personal injury lawyers will place the victims at ease and take on the responsibility of the investigation and communicating with everyone. This then allows the victims the comfort of knowing they are being protected while they mourn their loss and try to rebuild their lives.

When a bicyclist is injured in an accident with a motor vehicle, a thorough investigation of the accident events is necessary to determine the cause of the collision and secure important information. As a victim of a bike accident, make sure everything is done to protect your interests. The lawyers at Nadeau Harkavy LLC help bike victims and their families recover damages for their losses in serious injury and wrongful death cases arising from bicycle accidents. If you have any questions about your legal rights relating to a bicycle accident, wrongful death or other accident, feel free to contact us for a free consult today at 617-674-7640.