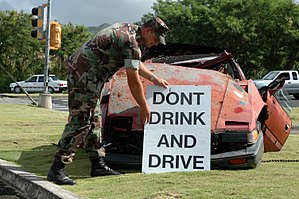 On December 29, 2019, on Route 139 in Pembroke, MA, the unthinkable happened forever changing the lives of two families. A 13-year-old girl died and her 13-year-old friend was in critical condition after a two-vehicle crash. According to NBC10 Boston News, a driver, operating a company truck, was charged with manslaughter and drunk driving.

According to Massachusetts local news and the Pembroke Police, the driver reeked of alcohol at the scene. He was speaking loudly with very slurred speech. Prosecutors said in Court that he admitted he drank way too much and took cocaine at a Christmas party thrown by his boss. At the time of the crash, he was coming from the holiday party. Witnesses said he was speeding before the crash and ran a red light.

The driver who killed the 13-year-old girl and seriously injured her friend has an extensive history involving 35 incidents including a reckless operation charge resulting from a prior accident according to Prosecutors. According to Boston 25 News, following this terrible motor vehicle accident, Hi-Way Safety Systems is now barred from bidding on state road work in Massachusetts.

Investigation following the accident revealed that the drunk driver was employed by Hi-Way Safety Systems. He attended a holiday party thrown by his boss. Hi-Way Safety Systems owners held a party for employees at their home where both alcohol and narcotics including cocaine were allegedly present. The driver of the truck allegedly used alcohol and drugs at the party and left intoxicated prior to the tragic accident.

In the days following the incident, Hi-Way Safety Systems fired the driver after the crash. This is a way for the employer and owner of the vehicle to distance them from the drunk driver in an effort to escape any liability and responsibility. This occurs too often in cases where the party typically with the big insurance policy and money to pay the victims attempts to hide and disappear. The sad truth is that usually from day one the companies and their insurers do everything they can to not pay the innocent victim who suffered life changing permanent injuries or pay the families whose loved one was killed. They try everything to stack the deck in their favor while the injured individuals trying to rebuild their life and the families who suffered the catastrophic losses mourn their loss and try to adjust to a new reality without their loved one.

The drunk driver operating the truck that early morning is the obvious responsible party for ruining the lives and families of these two young girls. However, the deep pockets and the others who are just as responsible as the drunk driver himself are quick to run, hide and distance themselves from the obvious guilty party. In a case like this, we look at the owner of the truck, the employer of this truck driver, and the host of this holiday party and the owner of the premises where this truck driver allegedly consumed alcohol and or drugs.

The owner of the truck is Hi-Way Safety Systems who also employed this truck driver. The owners of this company apparently hosted this holiday party at their home for the employees. It is not surprising that the company fired the driver and claimed he did not have permission to operate the company truck when the accident happened. This appears to be an early attempt to cover their tracks to escape liability. The big corporations and companies will do everything they can to avoid accountability. Their insurance companies will try to rewrite history and blur the truth to deprive these innocent young families the compensation they need and deserve. There is no way to get their 13-year-old girl back. There is no way to return the young healthy vibrant 13-year-old friend full of so much promise. The only thing the law can do to right the wrong is to force the wrongdoers to pay for the harm and suffering they caused in the form of money, usually through insurance.

Looking back to the early morning hours of December 29, 2019, there were several opportunities to change the course of that horrific accident. Of course, the truck driver could have acted responsibly and not drive intoxicated on drugs and alcohol. You then look to the company. Who allowed the truck driver to drive the company truck that night? Why was he allowed to drive? Did the company provide the alcohol at the party? Did they take steps to make sure no one left drunk that was driving? How did the alleged narcotics and cocaine enter the party? Who owned the house where this holiday bash took place? These are just a few of the many questions that our legal team asks when a tragedy like this occurs to identify the possible responsible parties.

All of these individuals and entities need to be scrutinized- the truck driver, the employer, the owner of the truck, the host of the party, and owner of the premises where the alcohol and drugs were allegedly consumed. All may have had the opportunity to take steps for a safe holiday party where no one got hurt. If just one of them stepped up and fulfilled their obligation, just maybe this tragic ending could have been avoided.

The lawyers at Nadeau Harkavy LLC help victims and their families recover damages for their losses in serious injury and wrongful death cases arising from motor vehicle accidents. If you have any questions about your legal rights relating to a car accident, wrongful death or other accident, feel free to contact us for a free consult today at 617-674-7640.